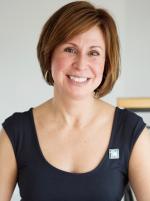 EMT: 1998
EMCI: 1998
E-mail:
ksteinhauer@estillvoice.com
Specialties: Singing, Speaking
Languages: English
Phone:
14123410316701
Website: https://www.estillvoice.com
Kimberly Steinhauer, Ph.D., has devoted her entire career to the voice—in song, education, and research. As a singer, she has been employed in a variety of musical venues ranging from pop, musical theater, and opera to sacred music. Most recently, she has been heard as pop soloist with the Musician’s Concert Band, as the “Queen of the Night” with the Edgewood Symphony Orchestra, and a “Walküre” in Opera Theater of Pittsburgh’s Die Walküre. Her roles have ranged from “the Witch” in Into the Woods to “Grandma” in Phantasmagorilla? No! Phantasmagoria , a new opera by Efrain Amaya.  Kimberly also acts as Soprano Soloist and Children’s Choir Director at Mt. Lebanon United Lutheran Church. She has worked with world renowned voice specialist, Jo Estill, since 1985 and is an Estill Voice Training™ (EVT) Certified Course Instructor.As a voice educator, Kimberly has taught vocal and instrumental music in the public school system for grades K-12, guided the private voice studio at California University of Pennsylvania, and instructed anatomy and physiology of speech and hearing, as well as speech science courses at Duquesne University. She has been recruited as a voice consultant nationally and internationally, and tailors voice exercises and repertoire specifically for clients who have experienced vocal injury, in her role as Singing Voice Specialist. Dr. Steinhauer has served as Head of Voice for the Conservatory of Performing Arts at Point Park University.As a voice investigator, Kimberly worked as research health scientist at the Veterans Administration Pittsburgh Healthcare System where she was awarded a 3 year, $400,000 Merit Review grant to study voice motor learning in healthy and disordered aging speakers. The task under study exploits computer assisted learning strategies for the EVT™ Voice Quality Twang as it applies to vocal power in expert, novice, and disordered (hypophonic or weak) speakers.  She combined her love of singing and inquiry into the science of singing for her B.S. in Music Education at Indiana University of Pennsylvania, M.A. in Speech Communication at The Pennsylvania State University, and Ph.D. in Communication Science and Disorders at the University of Pittsburgh. Dr. Steinhauer’s work has been published in the Journal of Voice, Emotions in the Human Voice, and in Professional Voice: The Science and Art of Clinical Care, 3rd edition. She is editor of The Voice Foundation Newsletter and Founding Partner of Estill Voice International, LLC, a woman-owned company with headquarters in Pittsburgh, PA.