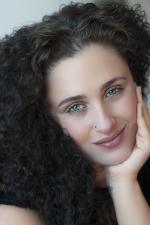 EFP: 2012
EMT: 2015
E-mail:
pierinapenny@hotmail.co.uk
Specialties: Singing
Languages: English
Phone:
07980172750
Website: https://www.pvoxvocals.com
Pierina trained at the Italia Conti Academy of Theatre Arts and Rose Bruford College of Speech and Drama where she obtained a BA (Hons) in Actor Musicianship. On graduating, Pierina took her first professional job as a singer and actor-musician at Alexandra Palace. Since then she has embarked on a career as a vocalist and backing vocalist specialising in pop and contemporary styles. She has performed in many venues in and around London and has worked with independent artists and music production companies as a demo vocalist and song-writer. Pierina works as a vocal coach to professionals and those in training. Over the past eight years she has worked at Mountview and The Royal Birmingham Conservatoire amongst other training institutions recognised by the CDMT. At present she holds positions at London Studio Centre and Arts 1 School of Performance. Pierina qualified as an EMT in 2015, mentored by Anne-Marie Speed.