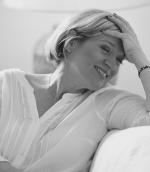 EFP: 2014
EMT: 2017
E-mail:
iklaulustudio@gmail.com
Specialties: Singing
Languages: Finnish, Swedish, English
Website: https://www.irakaspi.fi
Ira Kaspi is a jazz singer. She runs a private voice studio in Helsinki where she teaches a large variety of students from people just starting their voice journey to professional singers and academic voice students. She was previously a part of the voice faculty at the Sibelius-Academy in Helsinki for nearly 20 years. She was also a voice lecturer at the Helsinki pop & jazz conservatory for nearly 10 years as well as built and managed a private music school in the city of Lohja for 10 years. Ira now concentrates on her own voice studio as an entrepreneur as well as in her own career as a singer.Ira is fluent in Finnish, Swedish and English and uses these three languages in everyday teaching. She also manages French in easy domestic conversation and "holiday" Italian.Ira graduated Berklee College of Music in Boston ´90. Ira got her Estill CMT now EMT in 2017.Ira has released seven CDs and she has performed in most of the Finnish jazz festivals as well as abroad (ex. Sweden, Denmark, Germany, Check Rep, UK, USA). In her private life Ira is the mother of two grown-up sons and has a Norrfolk terrier Lucky. In addition to singing Ira has a strong passion for off-shore sailing and also enjoys jogging, playing tennis and golf."singing is fun, exciting and rewarding"