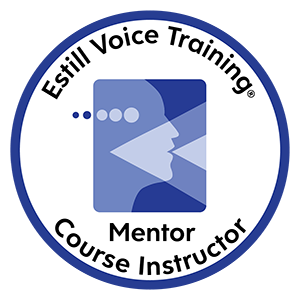 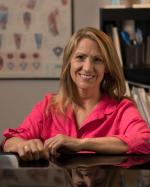 Kelly Fosdahl Burge has been teaching voice for over 30 years. Her voice is featured in radio commercials, Facebook games, the line-up of Learning Company software, and is most noted for giving a voice to the character “Nidalee” in League of Legends. As a singer, Kelly has recorded three original CD projects, performed in numerous concerts as a pop singer, and was a featured operatic soloist in Handel’s Messiah.

Kelly’s students have gone on to sing on American Idol, with Disney, and Universal Entertainment. Her students have been welcomed by prestigious schools such as the Paul McCartney School of the Arts in Liverpool, Oklahoma City, UCLA, USC, Elon University, and numerous others. Throughout the year, her students are seen in leading roles in multiple Bay Area musical theatre productions.

Professor Kelly attributes the versatility of her own voice, and the success of her students to the research mentorship of Jo Estill. Kelly holds a Master’s Degree in Education in curriculum design and a Bachelor’s degree in Music-Vocal Performance, with studies in composition, conducting, and piano performance.

She served as professor of Voice at Saint Mary’s College, where she taught Estill Vocal Science, Voice for Digital Media, and private voice, in addition to creating a diversified voice major by implementing an Estill based curriculum