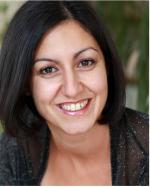 Belinda Mikhaïl won the Associated Board and the Queen Mother Scholarships to study piano and singing as a joint first study at the Royal College of Music where she won the Hopkinson Gold Medal for her final recital. Since graduating she has travelled extensively performing both as a soloist and as a chamber musician and has appeared as a concerto soloist at the major London Concert Halls.

She has made numerous recordings for Sony BMG and Universal and is a vocal soloist on EMI's Vocalise album as used in trailers for ER, Lost and Grey’s Anatomy. She appears as the featured soloist on many film soundtracks and her solo piano playing of the theme from Chariots of Fire was heard at every medal ceremony at the London Olympic Games.

Belinda is also in demand as a vocal coach for classical, pop and rock singers and runs an extensive private teaching practice. She has trained performers as diverse as Siouxsie Sioux, Jennifer Ellison, Jack Garrett, Cathy Tyson, the Oscar-winning actress Juliette Binoche, as well as the world-renowned dancer Akram Khan. Her students are enjoying major roles in theatre companies up and down the country as well as West End Shows such as Chicago, Dreamgirls, Haddestown, Dirty Dancing, Book of Mormon and High School Musical and the hit TV series’, Downton Abbey, Broadchurch and The Crown.

Belinda’s work as an adjudicator has seen her travel extensively. Most recently she was invited to Trinidad and Tobago where she adjudicated their month long biennial Music Festival. Future trips will see her adjudicate both in Sri Lanka and Hong Kong. She thoroughly enjoys listening to a wide variety of music and meeting a wealth of musicians as she travels in her role as a member of the BIFF.