From Linguistics to Estill

From Linguistics to Estill: Contemplating reality from the same window

As Estill practitioners, aficionados and enthusiasts, we are all fascinated by communication in its various forms and manifestations. Some of us are vocal artists and performers who strive to communicate emotion and passion through a highly athletic use of the voice. Some of us are actors and speakers, aiming at delivering a message via the skillfully mastered spoken word. Others still are pedagogues and clinicians, whose main goal is to provide informative insights and healing to students, patients and clients. 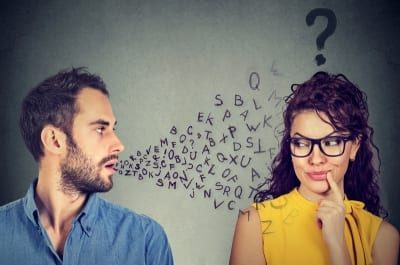 I have always been intrigued by communication in and of itself. Due to a family history of multiculturalism (aka “wandering”) and a constant exposure to different cultures and traditions, I slowly but surely developed a coping strategy to adapt to ever-changing linguistic landscapes and find stability in a world of constant verbal flux: I started looking for “commonalities”. This was a subconscious intuition, long before I learned about such concepts as Universal Grammar and its numerous variations in undergraduate school. Spotting commonalities, pinpointing differences (which are really two sides of the same coin) and describing processes is what Linguistics is all about. Finding a college major was definitely a no-brainer.

Linguistics is a compelling subject in that it adopts a scientific perspective for the analysis and study of language itself. It is not the study of any specific language. Instead, it is primarily the study of the human (natural) language system, a “window” into the function and the workings of the one system that makes us truly human. And, as such, it asks all of the uncomfortable questions; the answers to which we often take for granted. Questions like: “What is language?”; “Why do we have it?”; “What is a word?”; “What is the smallest unit of meaning?”; “What is ‘Meaning’?”… Moreover, linguistics is descriptive, meaning it does not dictate what is right/wrong. It simply describes what is possible/impossible within a linguistic community based on real-life evaluations, corpora and analyses of speakers. 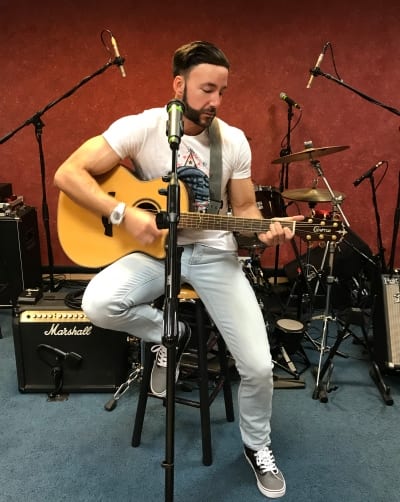 While I was in college and Grad school, I was also singing and performing in gigs, shows, and the local theater. Oh, and – ça va sans dire – I was also on a quest to find the Holy Grail of the Voice, i.e. the ultimate technique that would make my voice (and possibly my music career) soar. I was extremely determined and motivated. I knew I would eventually find it if I looked hard enough. While I certainly learned useful skills and benefitted from every teacher that I got to work with, I was never fully satisfied and content with what I was being taught. My “linguistics self” clashed with the voice student in me. I had acquired an inherent low tolerance for prescriptivism and I was aiming for a type of sound that was very different than the one I was being led towards.

Additionally, I was struggling with specific parts of my range and – some of those reading this post may relate – was constantly being told that the solution was a vague “more support”, “more relaxation” or some sort of imaginative trick that I quite frankly failed to conceptually understand. My educational background progressively but inevitably caused me to compare voice pedagogy with language teaching – both of which have their own merits as well as faults. I began to question the tools that we use to talk about language and voice themselves (incidentally, that was more than 15 years ago…). I soon realized that the phonetics model (based on the so-called “distinctive features” and “phonological rules”) was far clearer and much more effective in describing phonemes and allophones than any of my singing teachers’ parlance and jargon was in describing voice and voice function.

Dynamic Connections of Voice and Language

These days, when I go through R.H. Colton’s and Jo Estill’s early studies, it is pretty clear to me that they must have been looking for some sort of vocal-quality equivalent of the distinctive features model in articulatory phonetics. Phonetics explores the surface of the linguistic “barrel”, while Jo wanted to get to the bottom of it, further down the proverbial rabbit hole, beyond the mere “brim”. And that is certainly what I was looking for back in my undergraduate days… which is why I was instantly drawn to Estill’s work.

Just like linguistics deals with language as a dynamic system and does not “teach” a specific language or dialect, I knew that the Estill Model would not necessarily teach me how to sing/act/communicate. Those are complex tasks that result from the interaction of a lot of parameters. But the Estill Model would definitely enlighten me in everything pertaining to the human voice, and from a scientific perspective. By learning about the “instrument” and its possible “output” (and perception thereof), I would subsequently be able to identify the specific performance skills that I needed to develop and devise an appropriate training “cycle” that would eventually enable me to reach my vocal goals. Just like linguistics (and Generative Grammar in particular), the Estill Model makes a clear distinction between science and aesthetics, focusing on the former while leaving the latter to the discretion of the user for artistic or communicative skills. Just like linguistics, the Estill Voice Training System forces you to ask the uncomfortable questions: “What is singing?”; “What is vocal health?”; “What is technique?”; “What is science and what is art?” (…) and makes use of specific, i.e. scientific (non-imaginative) nomenclature for the sake of precision, clarity, and mutual intelligibility. 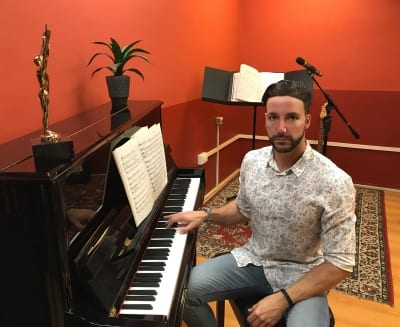 As a linguist, I am not necessarily fluent in all the languages of the world (obviously). But I do recognize specific features when I hear a language: when I hear Chinese, I can make assumptions and predictions about it because I am familiar with the general features of Sino-Tibetan languages, while I virtually speak no Chinese at all. Similarly, as an Estill Master Trainer, I can hear a voice quality and describe it as a permutation of a basic “recipe” (Speech, Falsetto, Sob, Twang, Opera, Belting) and point out the “ingredients” that were added/substituted/altered in the “making” of the timbre. I can also make predictions regarding the limitations of the “Quality” and come up with solutions to solve all possible problems. This knowledge allows me to work with voice users of all kinds, regardless of the “styles” that they choose to perform in.

As a life-long learner, I now have a “translation device” or a grid to interpret and understand what my voice teachers (past and present) were/are trying to elicit and I possess a linguistic apparatus to make sense of the vocal world. Furthermore, I feel that my communication (as well as metacommunication) skills have become tremendously more effective, thanks to the Estill model of function. Both as a linguist and an EMT, I am observing different but related phenomena (language and voice) from the same conceptual vantage point – or, as the artistic me would say, from the same window.

Ferdinand De Saussure, the founding figure of modern linguistics, said: “Linguistics will have to recognize laws operating universally in language, and in a strictly rational manner, separating general phenomena from those restricted to one branch of languages or another”. Jo Estill, with her pioneering work on voice and voice quality, did exactly that in the realm of voice science and pedagogy.

David Dal Brun is a singer-songwriter, vocal coach, linguist, Fulbright scholar and teacher. When he is not performing, he runs his private voice studio in Italy and teaches workshops internationally for singers, speakers and actors. He also runs the page Dynamical Voice, where voice, communication and language-related content is constantly curated.