It was the middle of 2015 when I first met a voice coach that was an Estill EFP. She talked to me about Estill Voice and how it changed her life. She left a great impression on me as a coach and helped me to have a bigger voice in some passages of the song I was singing.

At the time, my voice was small but controlled, and I felt I was lacking the element of surprise, at least for what a pop or rock song would ask for. She said the magic word: “You need to belt.” I learned how to let my larynx go up and anchor instead of breathing more air. I had belted in the past without knowing it, but I had never taken it further than the first passaggio (probably around F#4 to G#4). This was due to my previous training about the mix and speech-level singing, where you only take your chest voice as far as the first passage and then you start making your sound smaller to reach higher notes with less effort. This worked well for some styles, but I was missing something – not only the ability to belt at higher pitches, but also the real science and understanding of what I was doing. 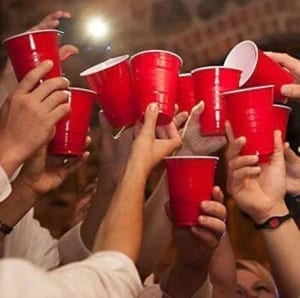 The end of the year came and I said to myself: “Diego, it is time to do one of the things you’ve always wanted to do in life”. I have always been passionate about Broadway, Elvis, Hollywood, and The Beach Boys. I dreamed about visiting the United States, to see college parties with red cups and crazy people – that’s how we see it in the movies. Then I heard that Level One and Two of Estill Voice Training was going to be offered at West Chester University of Pennsylvania, taught by Dr. Kimberly Steinhauer. So I thought, “Ok, this is a great opportunity to be better at what I do, and also to see some red plastic cups!”

I’m sad to inform you, the term had already ended and everyone had gone home for spring break, so I saw no red plastic cups. But I certainly learned a whole bunch of stuff about the voice! I have become a better voice coach and singer with the knowledge I gained from the course, and met wonderful people that still guide me with great love and dedication through my Estill studies.

So that’s how I found out about Jo Estill, the special lady who investigated how the voice really worked and lit a bright light about how to control it, and how to achieve anything vocally. For me, that meant exploring some of hidden musical passions. I tried to learn how to make those great “legit” musical theatre sounds like a Broadway Prince. I had read about twang but never had the chance to understand it until the course. More than once I had been told “Sing like you speak,” but it didn’t make sense to me, given my habits, language, and cultural upbringing. Estill Voice Training helped me see a whole new world of possibility.

Just like my first coach, my life also changed when Estill Voice gave me the tools to create the sound I wanted to create. I’ve always liked opera, but never even tried singing it, because an old teacher of mine had said I didn’t have a voice for opera. With Estill I learned how to use every part of the elements that create the voice to get that big unamplified sound and I’m doing it now and still learning and practicing. I can now sing everything from musical theatre and opera to pop rock, and hit even higher notes than before. 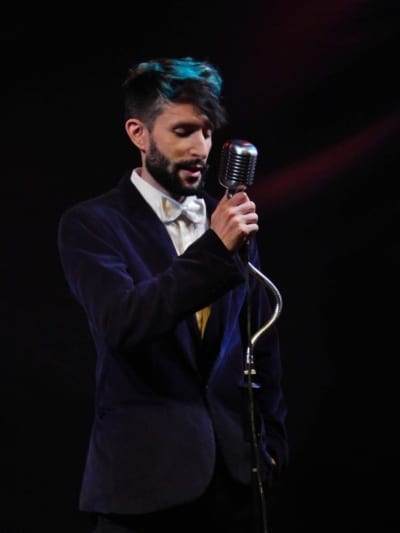 I became an EFP myself in January, 2017. In January of 2018, I auditioned for Jesus Christ Superstar in America. They agreed to listen to me after I had sent a video online, even though I did not get to the States in time for the first audition call. I didn’t get the part, but it was huge to be there onstage auditioning with only seven competitors and me. I had never imagined that I would have that chance in musical theatre in America, the birthplace of Broadway. This would have been impossible for me before Estill.

Knowing EVT has also given me the chance to help my students here in amazing ways, coaching them through auditions, watching them sing on TV, and getting a lot of great opportunities. Three of my students entered “The Voice Argentina” and had great performances too. The spotlight is not the most important thing, but I’m happy that I can help them express themselves as they want to, in the styles they love, and also to make people emotional and happy when they see them perform.

Estill Voice Training helps us reach our highest performance potential and  keep our voices healthy while we’re at it. Students of mine have even healed their nodules when we started focusing on the control their voices, based on the Estil Voice Model, rather than relying on outdated information or biased advice.

Learning Estill Voice is a great journey. It means knowing exactly what to do to control and improve your voice, with the scientific model behind it. The voice is not a mystery anymore. Whenever someone wants to sing, no one can say to that person again that they don’t have a good voice or that “they cannot sing”. I can identify right away what their attractor state is and begin working on the things they need to get their voices to their greatest potential. Thank you Jo for illuminating our paths with all this beautiful information and letting us achieve our dreams.

Diego Imperiale is a performer, musician, songwriter, and voice coach from Buenos Aires, Argentina. He is a vocal technique professor at the singing School Academia Sebastian Mellino and the director of Avenida Broadway. He also organizes annual EVT courses with EMCI Alejandro Saorin Martínez in Buenos Aires.

The opinions expressed by the Think Voice Blog authors and those providing comments are theirs alone, and do not reflect the opinions of Estill Voice International or any employee thereof. Estill Voice International is not responsible for the accuracy of any of the information supplied by the Think Voice Blog authors. The EVT Community values Respect, Fairness, and Peer Relationships. Please keep all comments courteous and collegial. Comments may be marked as spam or deleted if necessary.
Kimberly McInnis2018-11-27T23:34:25-05:00November 15th, 2018|Blog|0 Comments